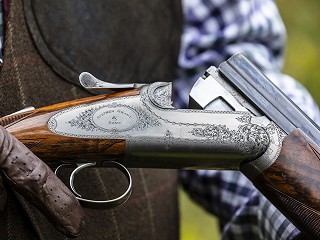 Over the past four years Atkin Grant & Lang has had the pleasure of designing and building a brand new Over and Under. Our Stephen Grant Round Action was made to combine classical English elegance with strength and endurance, creating a gun that was every bit true to its heritage and name but that could also stand up to the demands of modern sporting experiences.

The summer of simulated game days has come to an end for the AGL Team, to make way for this year’s game season. It therefore seems like the ideal time to talk about how our Stephen Grant performed over the past few months of scorching shooting and colossal amounts of cartridges.

Simulated game days have become increasingly popular over the last few years, and for good reason. They are great fun, involve a serious amount of shooting and offer up a great social occasion, an opportunity to meet new people and enjoy a day out in the countryside. The testing targets, designed to simulate driven game birds, give the guns a challenge and often help shooters to react instinctively to the birds, rather than over thinking their aim whilst on a stand at the shooting ground. Furthermore, compared to driven game, simulated days offer a lot of shooting for a relatively small price. The Atkin Grant & Lang simulated game days have a well-earned reputation for being some of the best in the country. They are based in the picturesque Cotswold countryside, with a backdrop of rolling hills and serene meadows. The days are laid out like a traditional game shoot with no cages or stands, just a line of guns pegged out through beautiful rural surroundings. This year we ran a simulated syndicate, offering reduced rates for full or half guns, shooters that booked between three and six days. Simon Draper, a long-standing customer of Atkin Grant & Lang and the Francis Lovel & Co Group, shot six days with his new Stephen Grant. We were keen to see how he got on. 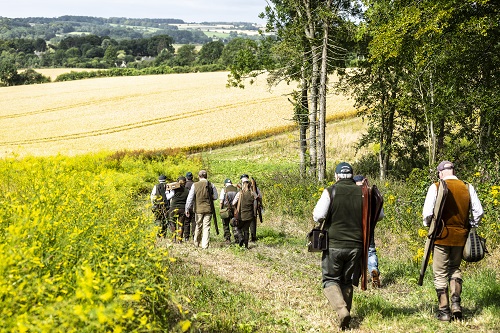 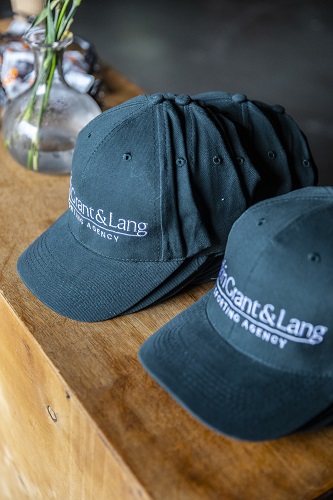 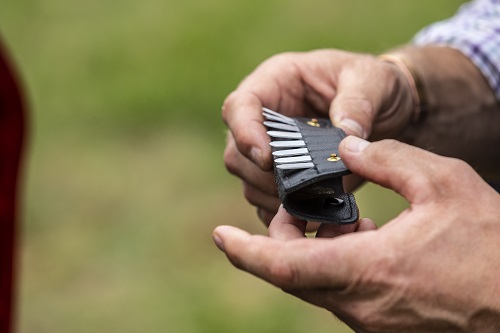 Simon told us about the initial excitement of getting the gun, “I received my Grant in January this year and at first I shot it quite sporadically, I suppose I was a bit worried about getting it dirty or damaging it, it was very precious to me. But then I thought what was the point of having it if I wasn’t going to get out there and enjoy it? The more I’ve done with it the better and better it’s got, I have genuinely fallen in love with this gun.”

We asked Simon to describe how he felt the Grant handled. “It is very well balanced. It feels like an extension of you, you almost don’t even feel like you’re holding it. The more I shoot it the more comfortable I get with it. It gives me the confidence to take those long crossers and fairly extreme targets than previously I might have let go.”

The Atkin Grant & Lang simulated game days usually involve over 5000 clays thrown from specially designed traps, and we recommend that shooters bring 500 cartridges. There is an awful lot of shooting involved in the day and often in very hot conditions. We asked Simon if he had any issues with wear and tear. “The Grant performed exceptionally well every time I took it out. I had no problems, the ejectors worked perfectly, the heat didn’t seem to both it other than hot barrels, and I didn’t have any problems with recoil even shooting a lot of 24gram cartridges.” 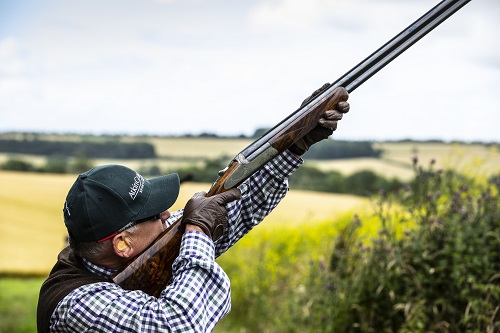 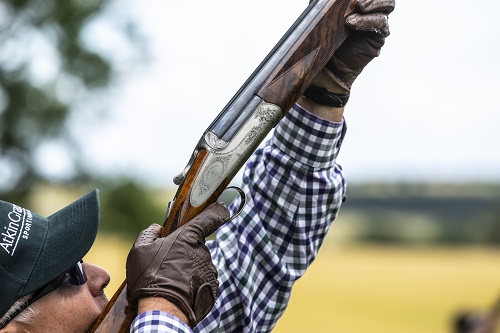 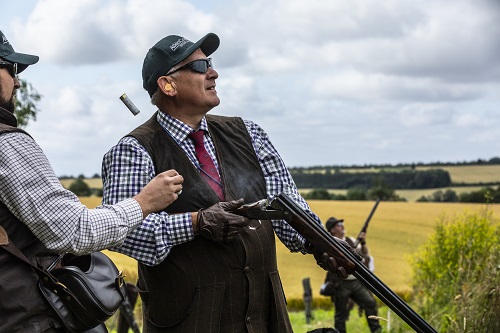 “You usually see quite heavy clay guns at sim days, often the types with extended chokes and raised ribs. I suppose they are thought of as most suitable for what is in essence a giant clay shoot. I felt that the Grant performed equally as well as all of these guns even though it is only 7 pounds 8 ounces. But it still looks very elegant, it would fit in perfectly on a game shoot as well.”

“Another benefit of owning a Grant is the ongoing customer care. I took it back to Atkin Grant & Lang after my last sim day just for them to check it over and give it a service to make sure it’s ready for the game season. Alan, the Head Gunmaker there, seemed genuinely pleased to see it again. I suppose after investing a lot of time building these guns you care about how they are performing and being treated. It’s reassuring to know if any little thing does go wrong, I could just ring them up and they’d sort it for me.”

Simon is also a keen game shot and has a strong passion for traditional English guns, especially heritage side by sides. As well as his Stephen Grant, he also owns a Thomas Boss and occasionally takes it on his simulated game days to shoot a drive or two. “I got asked a lot this summer, if I had to choose one, between the Grant and the Boss, which would I choose? An incredibly tough question. If you’d asked me at the start of the summer, I would have probably said the Boss. I think Boss are possibly the best gunmakers in the world. But now? I would have to say the Grant. It is an absolute pleasure to shoot, and it is far more versatile and more suitable for the future. I can’t wait to shoot my game days with it now”. 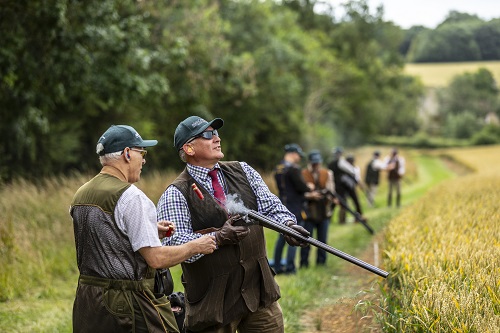 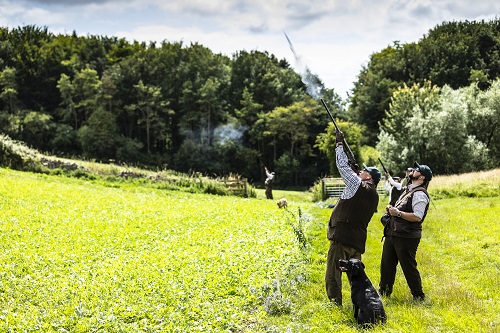 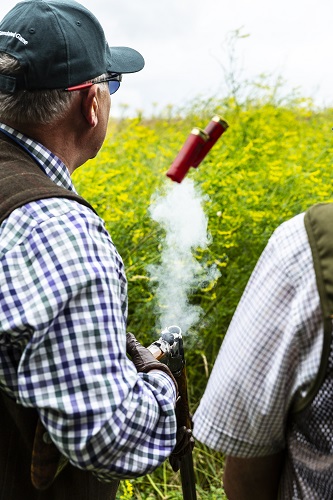 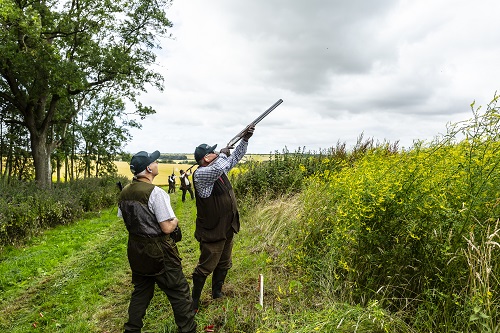 Stephen Grant is a prestigious and renowned gunmaking name dating back to 1866. Grant is well known for his extreme elegance and subtle, simplistic style, preferring to make his guns strong, reliable and incredibly well built rather than unnecessarily complex and flamboyant. We were keen to include the values and heritage of the Stephen Grant name into this modern design, and we are delighted with the outcome. The new Round Action Over & Under is a true example of traditional English craftsmanship, that has been developed, progressed and refined to be stronger, more robust and more reliable than ever before. A traditional sporting gun for the modern shot.

If you would like to find out more about our Stephen Grant Round Action Over & Under, please contact our Director Matthew Hunt on the details below. Click the PDF link at the bottom of the page to read about the design and build process.

If you are interested in the Atkin Grant & Lang Sporting Agency, simulated game or driven game days, please contact Julian Watson on the details below. 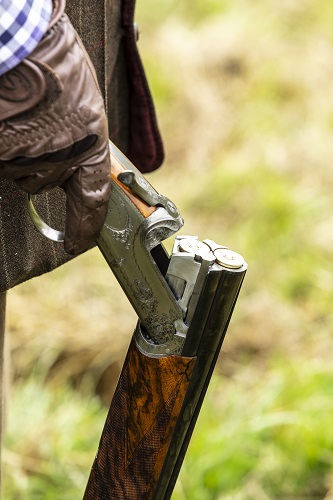 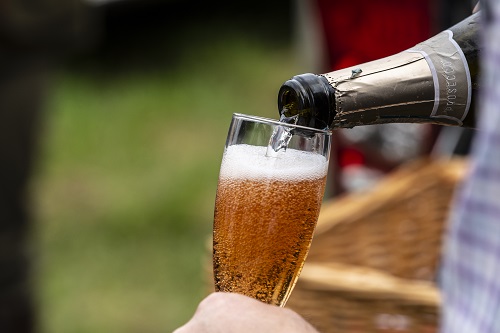 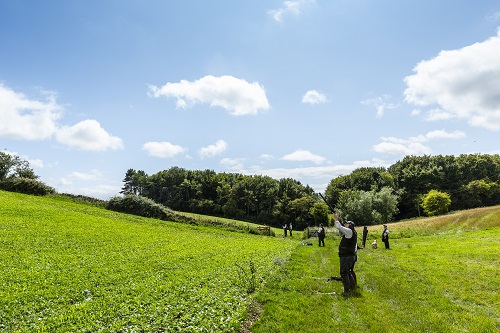